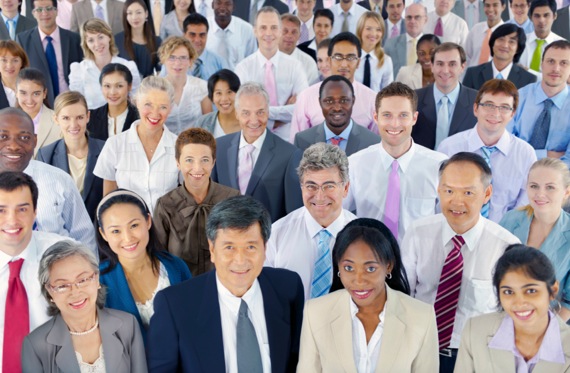 The story of Maradyne begins with Ted Berger, a determined engineer that long desired to run his own company. After years of working as an engineer for other companies, Ted and his Mother-In-Law Mary Siemer decided to start their own business. Together they began manufacturing Hydraulic Cylinders out of a four story building on Barberton Road in Cleveland Ohio where Marion Manufacturing was born. The business was created to supply hydraulic cylinders to the truck industry.

The four story building was unique in many ways. The first and second floor of the building consisted of the first business units to be established under Marion Manufacturing; Marion Cylinders, A-O-M Air assist power clutches, and Maradyne Fuel meters and Power Window Lifts. The first floor housed the machine shop, shipping department, and cylinder assembly testing. One half of the second floor was used for cylinder inventory and assembly for the Power Clutch, Fuel Meters and Window Lifts. The other half of the second floor and the third floor were rented by a moving and floral company. As the business expanded, more space was needed and Maradyne took over the other half of the second and the third and fourth floor.

As sales increased the elevators became a focal part of the business units. Receiving raw material was a struggle to fit in the elevators to deliver to the correct floor. The elevators got their fair share of usage and were also used for moving the finished products back to the first floor to be shipped.

In the early 1980’s Maradyne was established in the same Barberton Avenue building as Marion Manufacturing. The name Maradyne was created in lieu of Ted Berger’s wife, Marilyn and her mother, Mary Siemer.

Dreison the current “holding company” name, meaning 3 sons was originally created as a holding company for Marion Manufacturing and Maradyne. After some time Marion Manufacturing was merged into Maradyne Corporation. Determined to grow the business and manufacturing capabilities, Ted began acquiring other businesses and product lines and incorporated them into their facility under Maradyne. The first business acquired under Maradyne Corporation was Turbo Precleaners in 1984. The most recent acquisition UORVA was purchased in May 2013. Throughout the years SuperTrapp and DCM Manufacturing were established as separate companies from Maradyne Corporation. Today, Maradyne Corporation, Von Weise, Super Trapp and DCM Manufacturing make up Dreison International. In 2002 all divisions moved into a single floor facility on West 160th Street in Cleveland. The two major benefits of moving were: 3  shipping docks instead of 1, and no elevator needed allowing incoming and outgoing materials to be moved without delay to the proper locations.

In 2016, and after 30+ years in business,  Marion Fluid Power (MFP, OHIO) successfully purchased Filtration Products Corp (FPC, MIN). With the combination of the two (2) companies in place, the Maradyne Fluid Power Group was created as a “One Stop Shop” for all your Hydraulic systems and components requirements. The ever growing product portfolio now includes all the accessories required on any hydraulic circuit. Gear pumps, filters and assemblies, ball valves, pipe clamps, breathers, strainers, flow controls and specialty valves, gauges, indicators and off the shelf and made to order reservoirs etc. are in stock. Our new pricing, inventory levels and customer service is the best in the industry, with a new sales team in place to help you with your everyday hydraulic needs. “All along the (hydraulic) line is Maradyne”.

After several years of hard work and dedication Ted Berger decided to lessen his involvement with Dreison International, and is currently the CEO of SuperTrapp. At present John Berger, eldest of 3 sons of Ted and Marilyn Berger is the president and owner of Dreison International. John decided to join the family business as Chief Financial Officer in 1988 after several years of working for a large accounting firm. John’s two brothers Chris and Kevin began working for the family business immediately after college. Chris was responsible for running SuperTrapp when it was purchased in 1988 and located in California. SuperTrapp was eventually transferred to the Cleveland Ohio Facility. Today, Kevin is the owner of SuperTrapp and Chris is a salesman in the Far East for Maradyne’s Turbo Precleaners.

Maradyne has grown through the years and is continuously growing as John Berger is actively seeking new acquisitions to incorporate into the Maradyne product lines.

I remember while working out of the Barberton Avenue 4 story facility the first question we would have to ask when discussing a potential acquisition opportunity was “Can your equipment fit on an elevator?” If the answer was no, the conversations did not go any further. Needless to say, we are happy to be at our 1 level facility here in the Industrial Parkway!”
– John Berger
President/Owner

I remember how difficult the elevators were at times and how grateful I was for having the best maintenance man, Nick, who kept them running smoothly. The elevators were old and there were times when one would often get stuck. With all the noise from manufacturing it made it difficult for anyone to realize someone was stuck in the elevator, and it took a while to be discovered. We referred to this as “Break Time”. After a few times of this happening, a phone was added so that calls could be made to Nick, and he would come to the rescue. “Rumor” has it Nick was negotiated as part of the deal when originally purchasing the building on Barberton. He worked many years in the building when the Colonial Woolen Mills were there and remained there when Ted took ownership. Nick finished his career with Maradyne and retired in the late 1990’s. I never realized how much I’d appreciate a 1 story facility without elevators!”
– Adrian Halcomb
Employee of 30+ years